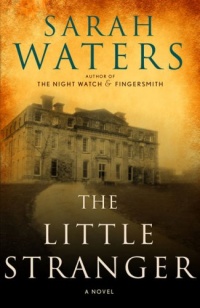 What a disheartening year it’s been for those of us who want to believe that an author’s subsequent book will be as good as the one that preceded it. Such a string of much-anticipated follow-ups that have fallen flat on their face…we at The Book Shark are feeling morose about it all. We’re also genuinely concerned about many of our formerly favorite authors, because they have really made us suffer in their recent attempts to write a new book. Are you really the same people? Did you become distracted by something? Was it one of the Earth’s recent natural disasters, or perhaps the foreclosure crises? Or have you actually lost your ability to write and we should just ignore your work in the future?

Follow-up travesty #1: The Tiger, by John Vaillant.  So much potential! The natural landscape and peoples of Siberia, the beautiful Siberian tiger in lore and in the flesh…and written by the man who brought us The Golden Spruce! Now, I normally never review a book that I listened to rather than read (indeed, this is the first), but since this one was read by John Vaillant himself, I really have to say that his voice is one of the most irritating and unlistenable that I have ever heard. Each and every sentence is shouted with an army drill sergeant inflection. I lost focus on what was happening because all I could picture was Vaillant on an army base, barking orders in front of a row of new recruits. Also, he has a pretentious manner of putting extra emphasis on all the Russian words and names in the story. Instead of blending these words into the sentence normally, he pauses and self-importantly over-pronounces each one, as if to say, “Look at me, look at me, I’m using a proper Russian accent!”

Lest you think that perhaps The Tiger is worth reading in book form, absent the author’s dreadful inflection, be aware that Book Shark Editor-in-Chief Cindy was unable to get beyond the first quarter of the book. In an interview earlier this year, Cindy had this to say: “Dying of boredom. And it’s all about the killing of this tiger because he’s such a man-eating beast. WTF? This from the same guy who wrote so beautifully about nature and the killing of trees??”

Follow-up travesty #2: Freedom, by Jonathan Franzen. You can’t get more hype (and more let down) than this one. For a complete and thorough review, please click here.

Follow-up travesty #4: The Little Stranger, by Sarah Waters. I bought this one because Fingersmith is extraordinary, and this promised to be more or less the same book, judging by the reviews and the back cover copy. (Because I strive always for complete accuracy in my posts, I will acknowledge that Little Stranger is not technically a follow-up to Fingersmith because in between the two, in 2006, The Night Watch was published, but who has ever heard of Night Watch? It disappeared quickly and almost without a trace, perhaps for reasons related to Publishers Weekly’s observation that the narrative was “slightly difficult to comprehend.”) Just to be clear, I’m not annoyed that Little Stranger isn’t exactly the same as Fingersmith. I’m annoyed that it is utterly and totally forgettable because nothing happens. Around page 300 the story finally appears to be getting going, and I trudged through another 200 pages certain that a stupendous twist and/or revelation at the end would make it all worthwhile—Waters is, after all, famous for last-minute twists. At about page 480, I began to panic, as the book is 510 pages long and even if the revelation was the most shocking and well-written thing in the world, I wasn’t going to have much time to enjoy it. Sadly, there is no ending to be found…just a few puzzling unanswered questions.

Follow-up travesty #5: The Wave, by Susan Casey. For a complete and thorough review, please click here.

Follow-up travesty #6: Witches on the Road Tonight, by Sheri Holman. This is surely the most deeply painful disappointment of all, because our own Gustine Awards are named after the protagonist in Holman’s Dress Lodger. I first heard of this follow-up when one of our guest reviewers alerted me to the creepy yet beautiful perfection of this sentence: “She slips out of her skin from time to time, leaving it hanging on a peg in her bedroom while she disappears through the keyhole.” Naturally, I became very excited. And I learned from Publishers Weekly that the book would “map out the devastating consequences of sin and circumstance that were forged in the hills of Appalachia and tumbled down through the generations.” Yay! Depression-era Appalachia sounds marvelous. What could go wrong? Here’s what: “Captain Casket, a cartoonish TV horror movie presenter [with] makeup and kitsch.” Oh, Sheri. Book Shark Editor-in-Chief Cindy was unable to get past the first chapter due to this asinine Casket character, and the reviewer who first alerted me to the aforementioned beautiful sentence followed up with an e-mail letting me know that she was unable to finish the book after the midway point.

Follow-up travesty #7: State of Wonder, by Ann Patchett.  (Review written by Cindy Pinto.) Now, we know Ms. Patchett can write—in 2002, Bel Canto won both the PEN/Faulkner Award and the Orange Prize, and was a finalist for both the 2002 Gustine Award and the National Book Critics Circle Award. Her Truth & Beauty: A Friendship is a beautifully written remembrance of her friendship with author Lucy Grealy, and although Grealy’s Autobiography of a Face is in a class of its own, I like to pair the two books together as gifts and never recommend one without mentioning the other. So I feel almost guilty accusing Ms. Patchett of brain damage. I will instead accuse her of writing while smoking pot and watching Gilligan’s Island reruns.

There are occasional lovely bits of writing. For example: “At that moment she understood why people say You might want to sit down. There was inside of her a very modest physical collapse, not a faint but a sort of folding, as if she were an extension ruler and her ankles and knees and hips were all being brought together at closer angles.”  Lovely bits of description aside, however, the “plot” of State of Wonder is shockingly terrible. Essentially, a lot of really ridiculous stuff happens in a jungle. You know how Gilligan’s Island became increasingly ludicrous as the years went on, with plotlines ever more far-fetched? That is the case with this book, but in Brazil instead of an island. I can’t bring myself to spend a day carefully writing a chronicle of all the many, many things wrong with this book when the author herself has taken leave of her senses, so I have chosen instead to provide only the briefest of summaries, made up largely of incomplete sentences:

Dull, flat, afflectless characters. Tedious, tiresome dialogue. Boring people having boring conversations amidst a plot of such ridiculous proportions that were the book to be turned into a treatment for television, it could not be sold as a Scooby-Doo adventure (much less a Gilligan’s Island episode).

Follow-up travesty #8: Will there be a Travesty #8? It’s all up to you, Jeffrey Eugenides. I am extremely excited for the October 11 release of The Marriage Plot. This is of course a follow-up of epic proportions, since you haven’t released a thing since Middlesex won the Pulitzer back in 2003. Will you break the string of travesties? I have faith in you. I’m going to hold on to a belief that you have done it, and am looking forward to a one-of-a-kind, mid-October reading delight.

Note to our readers: I highly recommend this interview between Mr. Eugenides and his publisher, which took place last year when he was about two-thirds done with The Marriage Plot. Only a writer of truly exceptional caliber would describe the genesis of a book this way: “As I followed one of the characters, her story began to swell until I finally realized that I had two different books on my hands. I then had to surgically separate the two books, like conjoined twins, hoping that each retained sufficient major organs to survive.”