The Glass of Time 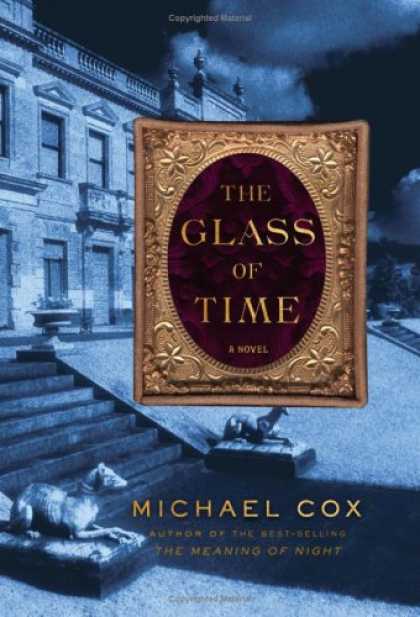 The Glass of Time: The Secret Life of Miss Esperanza Gorst, Narrated by Herself, by Michael Cox. W.W. Norton & Company (2008), 575 pages.

In Victorian England, young Esperanza Gorst, a twenty-year-old orphan, applies for a position as personal servant to the 26th Baroness Tansor, a widowed woman with two grown sons who owns a large estate outside of London. She is not an ordinary maid, however, but has been sent there for a specific reason that remains a mystery in the early part of the book. The baroness is also not what she seems, nor is the head housekeeper. Many mysteries and secrets unfold throughout the book…but unfortunately the resolutions are not as interesting or shocking as the reviews had led me to anticipate.

The many enthusiastic and admiring reviews had convinced me that this book would be another Fingersmith.  In particular, I was sold by the promise that the book would be “full of ingenious twists and turns” and would include “psychological unraveling.” I suppose there were turns, but few real twists—certainly nothing that compares to those in Fingersmith. And there was only minimal—and fairly predictable—psychological unraveling. Not that this was a complete waste of time; anybody who, like me, has a soft spot for untrustworthy nineteenth-century orphaned maids bent on betraying the trust of their employer will be glad to sit down with The Glass of Time. Ultimately, though, it’s a forgettable book.

EXCERPT:
On either side of me, as I gingerly pick my way down the lane, are fish-stalls and terrible places of steam and heat, where lobsters and crabs are being cruelly plunged into cauldrons of boiling water. It is almost with relief that I finally reach the low, mean-looking building within sight of the river that Mr. Vyse has just entered—the Antigallican public-house. Pushing open the door, I stand for a few seconds on the threshold, observing the scene within.

Through a thick haze of tobacco smoke, I finally make out the figure of Mr. Vyse sitting alone at a table in the far corner of the room, his back towards me. He has exchanged his tall hat for an old forage-cap, and is wearing a black muffler across his face and a stained and patched coat, which I suppose have been carried here in the canvas bag.

The sawdust-strewn room—heaving, the like street outside, with costermongers and fish-stall holders, their numbers swelled by groups of river-people—is close and airless, being low-beamed and windowless, the only light coming from a few tallow candles on the bar, and from the sickly yellow glow of three dimly burning lamps hanging by rusty chains from the ceiling. Several of the house’s patrons turn to look suspiciously at me as I enter, and I begin to regret my foolhardiness in not agreeing to Mr. Pilgrim’s accompanying me.