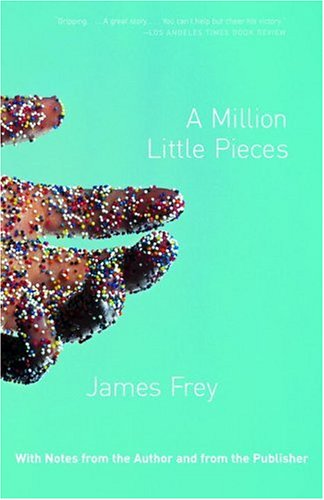 A memoir is one person’s memories of his life and can’t be expected to represent an exact rendition of absolute fact, as if a description of one’s life could be reduced to a provable mathematical formula. One must give the memoirist room to describe things as he saw and felt them, which means that two memoirists would likely describe the same event—a friend’s, let’s say—in very different ways, depending on how each perceived them.

Memoirist number one might say, “It was horrible, seeing her there dead. I couldn’t believe she killed herself. I saw her just the day before and she was so happy.” While memoirist number two says, “I expected this actually. She had seemed hopeless for so long. I wasn’t even really that sad because I knew she wanted to die.” We can not argue the truth of these two descriptions, because they are matters of interpretation, not fact. If, however, our memoirist says, “She hung herself,” when in fact she slit her wrists, he’s lying to us. (Unless she slit her wrists and then hung herself, in which case it would be helpful if he told us that.)

The point is, some things are just lies. And the reason this is a problem (besides the fact that it’s just wrong to tell lies) is that memoirs are purchased and read, in large part, because we want to read the horrible truth of other people’s lives. I will put up with a memoir that is not very well written if the story itself leaves me aghast, leaves me thinking, “Oh my God! How could such a thing happen?!” I will keep reading this poorly written book simply and only because it is true, because I am vicariously enjoying someone else’s horrifying, or tragic, or maybe just very interesting life. If the life is a lie, then the book is actually a work of fiction. And there’s no way I’m going to read a poorly written work of fiction. Unless, of course, I get tricked into it. Here is but a small sample of James Frey’s really crappy writing that I wasted a portion of my life reading:

Lilly pulls back. She looks at me and she speaks.
You stopped shaking.
For now.
When it happens, we’ll go slow.
That would be nice.
As slow as you want or you need.
Thank you.
And it will be nice for me too.
Why?
We sort of talked about this before.
A little.
Do you need more than a little?
I need what you want to give me.
I want to give you everything.
Then tell me what you need to tell me.
She pauses, smiles
This is scary.
I know.
Really scary.
I’m not gonna hurt you.
She smiles again.
I know.
And I’m not gonna leave you.
I know.
And I’m not gonna judge you.
Thank you.

Note the lack of quote marks in this fascinating piece of dialogue. Not only is James Frey a terrible writer, he is also a user of nonstandard punctuation, which, as we all know, is not “cooler” or “edgier” or more “literary.” It is merely annoying. And confusing, and a complete waste of paper.  (See Punctuation Matters.)

I usually try to find something positive to say in a review though, and so here
it is—the cover design is brilliant.  Rodrigo Corral has shown here how much can be conveyed with the perfect image.  The million little pieces of color suggest both candy (like a drug)  and actual drugs (the contents of a time-release capsule) and the slightly curled hand expresses a sort of helplessness, as well as the feeling that the owner of this hand has done something irresponsible and messy.  The publishers could have so easily done the obvious thing—a bottle of pills, a photograph of a bar, broken glass—but they resisted the temptation to be literal and instead have allowed the artist to give us a stunning, completely original cover.  Congrats to Rodrigo Corral!  I love you!