In Defense of Food 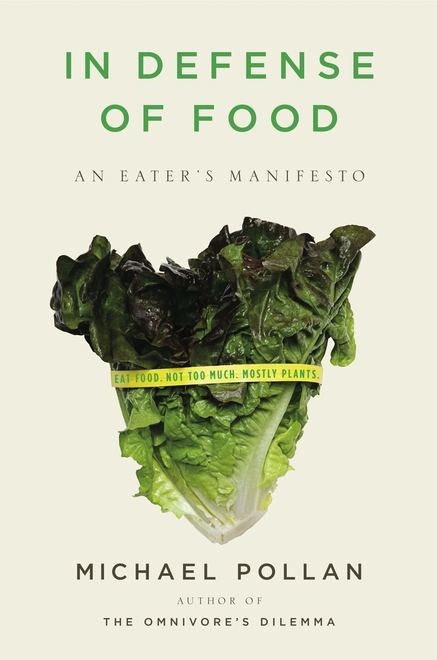 Though I am a huge fan of The Omnivore’s Dilemma (a 2007 Gustine  Award winner), I had some concerns about Pollan’s new book also being about the food we eat. Could there really be anything more to say? It seemed as though he had already covered every moment of a food’s life from seed to plate. As it turns out, however, the food we eat has become so mangled in so many different ways by so many different conglomerates, there is indeed plenty to say that Pollan had not yet said.

In his new book, In Defense of Food, Pollan writes about “nutritionism” and how nutritionists, funded almost entirely by multinational food processing companies, have taught us to think about what we eat in terms of each nutrient (vitamin, antioxidant, mineral, etc.) rather than as actual foods (apples, salmon, butter). We are meant to think in this way so that the food processors can process a food into something no longer remotely resembling what it formerly was, add a few nutrients to it, slap nutrition claims all over the packaging, and convince us we will die of cancer, or heart disease, or high cholesterol, if we don’t eat their very important and most probably life-saving product. Meanwhile, we actually are becoming sick and dying from eating the “food” they say will save us.

In addition to much information that is entirely new (and, once again, fascinating) Pollan’s writing continues to jump off the page. He manages to be witty, sarcastic, and critical without ever sounding mean or vitriolic. In Defense of Food is another must-read for all eaters.

This review first appeared in January 2008
By Cindy Blackett