What Was She Thinking? 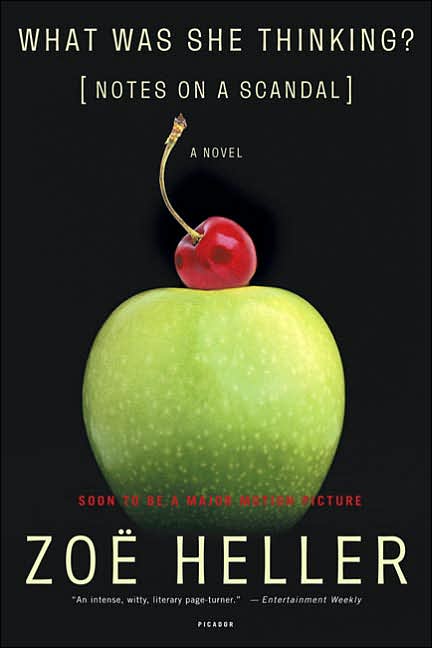 (This review first appeared in August 2007)

Barbara Covett, the narrator of Heller’s novel, appears to be an opinionated but harmless, even kindly, older woman who has taken an interest in the naiive struggling new teacher Sheba. It is only as the novel progresses that the reader begins to realize Barbara’s true nature, that she is in fact malicious, condescending, deceitful, conniving, and consumed with spite and hatred toward almost everyone she meets. Since she is the narrator, however, she relays her opinions of others as if they are not opinions, but facts, with which no reasonable person could possibly disagree.

Therein lies the delight of this novel—the unreliable narrator. The story itself is interesting enough and Barbara, with her venomous wit and scathing dissections of everyone else in the book, is a fabulous character. But it really is the position Barbara puts the reader in—trying to figure out how much of what she tells us is true, and how much the result of her twisted mind—that elevates Heller’s book beyond a good read to absolutely brilliant. Barbara reminds me of Annie Wilkes in Stephen King’s Misery. She is not quite the psychopath that Annie is, but has the same kind of logic—internally consistent and well-reasoned, while at the same time being kind of insane.

EXCERPT:
Sue is a frightfully pretentious woman—always making the children do expressive dances to Pink Floyd and singing “American Pie” with them, playing her horrid little banjo. Underneath all that free and easy hippie malarkey she is actually the most awful prig—the sort of woman who wears Lady-Lite panty liners every day of the month, as if there is nothing her body secretes that she doesn’t think vile enough to be captured in cotton wool, wrapped in paper bags, and thrust far, far down at the bottom of the wastepaper bin. (I’ve been in the staff toilet after her and I know.)