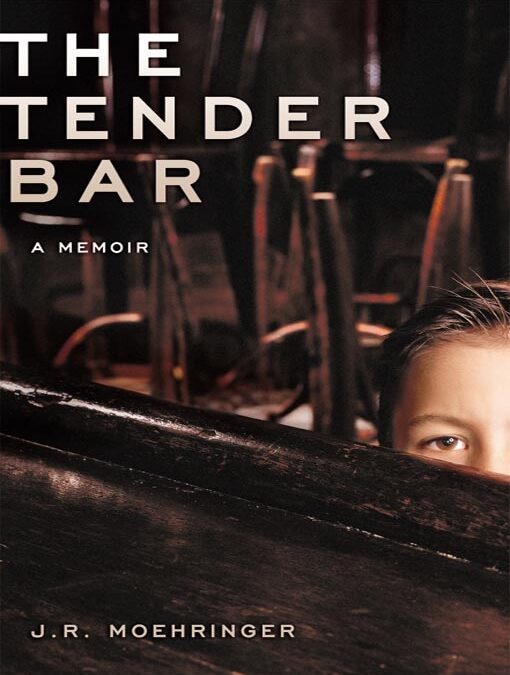 Moehringer has proven, in The Tender Bar, that he is that most uncommon of authors—a male memoirist with both full access to his feelings and the ability to write about them.

He tells us about growing up on Long Island and finding, in his uncle’s bar, a group of men to stand in for his absent father.  The fatherless boy is a memoir staple of course, but here, for the first time, I feel as though I finally understand what such a boy experiences and, in addition, something about the real and deep emotions underlying what appear to be casual male friendships.

Though some have criticized this memoir for being sentimental, “mawkish” even (The New Yorker), I couldn’t disagree more.  Yes, The Tender Bar is a heartfelt, poignant story—a love letter to local pubs and to the men Moehringer found there—but the writing is literary, funny, and smart.  There is nothing sappy about it.  I wonder if what the critics are really having trouble with is a (straight) man putting so much unabashed love for other men into print.  Men have always written about love of course—for baseball, cars, women—but usually in a way that is much more cognitive than emotional, and rarely in a way that includes other men as the object of their affection. Because Moehringer tells his story with such an undefended, passionate voice, we come to understand what these men mean to him in a way that we never could were he more careful to hide himself behind a screen of manly logic and reason.

EXCERPT:
They taught me how to shrug, how to frown, how to take it like a man.  They taught me how to stand and promised me that a man’s posture is his philosophy.  They taught me to say the word “fuck,” gave me this word as if it were a pocketknife or a good suit of clothes, something every boy should have.  They showed me the many ways “fuck” could release anger, scare off enemies, rally allies, make people laugh in spite of themselves.  They taught me to pronounce it forcefully, gutterally, even gracefully, to get my money’s worth from the word.  Why inquire meekly what’s going on, they said, when you can demand, “What the fuck?”