Mukiwa: A White Boy in Africa 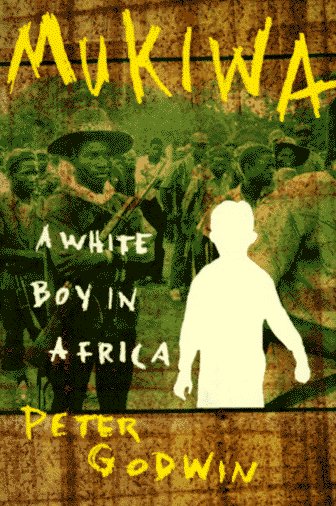 “I think I first realized something was wrong when our next-door neighbor, oom Piet Oberholzer, was murdered. I must have been about six then.”

Is this not a just-right opening sentence for a memoir of Rhodesia on the cusp of its war for independence, as seen through the eyes of a British boy who was born in a tiny town near the border with Mozambique?

If your shelf of “Memoirs of Childhood in Colonial British Africa” is sparse, and you’re looking for something to sidle alongside Twenty Chickens, Don’t Let’s Go to the Dogs Tonight, and Doris Lessing’s Under My Skin, then this is the book for you. There’s a caveat, though—the first half and the last half of the book are so radically different from each other that they might as well have been published separately. I had to skim (skimming ever faster and faster) the tediously uninteresting second half.

Mukiwa is divided into three parts: Book One (the first 200 pages) covers the author’s childhood from the mid 1960s until the late 1970s; Books Two and Three (the remaining 200 pages) cover his adult years, first fighting in the war and then returning from England in the 1980s as a journalist to revisit the land of his youth. Again (see Twenty Chickens), an African-childhood memoir attempts to do too much over too many years.  Book One on its own would have earned between 3 and 4 stars, but instead Mukiwa earns just 2 stars because the fighting years are just unbearably boring.

But—perhaps you have a shelf of “Wars, Fighting, and Battles,” and that shelf is sparse (though I can’t imagine how it possibly could be, given the serious and ongoing glut of this category). In that case, you’ll probably skim the first half, revel in the war half, then shelve the book accordingly.

Memoir enthusiasts usually expect that social/familial relationships will be delineated (and we at The Book Shark have been critical in the past of memoirs that do not do so satisfactorily), but I appreciate Book One of Mukiwa as a memoir of a boy’s relationship with a particular place, rather than with people. His family members are almost entirely absent; two sisters are mentioned but are of so little relevance that when one of them is suddenly referenced halfway through the book as the reason that the author could dance well (“My sister Jain had taught me well, jiving with me on the verandah at home to her Beatles and Sonny and Cher records”) I was floored, thinking “Wow, they talked sometimes? And danced together?!”  [1]

But I accept this memoir as being about the author’s relationship with Africa—the land itself—and at this he very much succeeds: I felt his love for Rhodesia, I was there with him on childhood hikes in the Chimanimani mountains on the Mozambique border, and I could cry over the fact that walking there now is impossible because of the landmines that were buried during the war:

Up here I felt like the last human being on earth. The range was sixty miles long and thirty wide, and there were no roads or human habitation anywhere within it. Rock dassies scurried between the boulders, and in the distance a baboon sentinel marked a low mastiff bark to warn his troop of my approach. His bark hung in the air, echoing between the outcrops… Way below the timber forests rolled away into the hazy blue distance, punctuated here and there by tea and coffee plantations. I got up and strode on up the trail, higher and higher.

Soon the terrain opened out on to a steep slope covered with a fine sandy loam, beach white, from which rose cedar and yellowwood trees. Their branches were draped with vines, and delicate orchids clung to them too. Klipspringers, disturbed at their grazing, bounced away from me in dainty bounds. Then another barrier of granite and I was above the tree line. Only ferns, the odd protea and aloe survived up here. It was a strange vista, called the Mountains of the Moon, a barren landscape dotted with craggy rock formations, whipped by a cool wind, the southeast monsoon that swept unhindered across the flood plains of Mozambique before coming up abruptly against the formidable 8,000-foot barrier of the Chimanimanis…

…the commanders decided to turn the Chimanimanis into a lethal barrier by seeding them with anti-personnel mines. The whole range was transformed into a vast minefield. In the valleys below, in the fortified homesteads on the timber estates and the coffee plantations, they would hear loud booms rolling down from the mountains from time to time. Not thunder, but explosions, as klipspringers, baboons, sable, eland, and blue duiker set of mines and blew themselves to pieces. And for almost ten years humans never ventured there at all.

This passage (which is longer than what I’ve excerpted here and includes a dramatic walk during a thunder and lightning storm) is almost worth the price of the book. I cannot stop thinking about the tragedy of the landmines and wishing I could go back in time to walk there as the author experienced it before the war.

My only other complaint is about the plethora of distracting comma splices—there’s one every five pages or so! This is unacceptably bad editing. (“Few could afford cars, I encountered just the odd jalopy held together by wire and optimism.”)

[1] This lack of interest in social relationships does lead to some annoying confusions here and there. Albert and Violet, for example, suddenly appear to sit near the fire with the author to look over a Wanted notice, “gathered round with their sleeping babies.”  The author is six so doesn’t read well, so he gives the Wanted flier to Violet, “who was the best reader among us. With some difficulty and the occasional stumble, she began to read it aloud by the flicker of the boiler fire.”  Hmmm…Albert and Violet haven’t been mentioned yet, but clearly, from context, they must be either siblings or playmates. Puzzling over the clues, I conclude the following: Violet doesn’t read well, so she’s around the author’s age…the sleeping babies are of course dolls…Albert plays with dolls too so he is probably younger than Peter, perhaps 3 or 4.

Can you imagine my exasperation upon finding out later that Violet and Albert were native illiterate adults who were married to each other, and the sleeping babies were their actual living offspring?