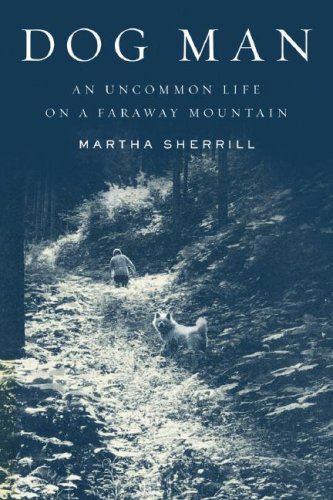 This is the kind of dog book that describes a particular breed—Akitas—so beautifully and with such love, I felt a sudden urgent need to go find one and bring it home—as if my life would somehow be sadly meaningless and empty without an Akita in it. (Should you be struck by a similar urge however, it is imperative you not rush out to buy one. Rest assured there are hundreds of Akitas at this very moment waiting to be adopted from rescue groups and foster homes.)

The hero of this story is a Japanese man named Morie Sawataishi who hid an Akita in the back of his house during World War II, at a time when the breed was being systematically destroyed for its fur and as a source of food for the starving Japanese people. After the war ended, Morie set about to save the dying breed (by 1945, there were an estimated twelve to sixteen Akitas left in the entire country). His breeding program focused as much on character and a certain quality of wildness in his dogs as on their appearance, and it is this very wildness that makes the dogs such compelling and irresistible subjects.

As much as this is clearly a dog book, it is also a book about Japan, and about living a rural life. Depending on one’s interests, it could be shelved in the nature section (alongside The Golden Spruce and Into the Wild), in the dog lover’s section (next to Merle’s Door and Pack of Two), in the dog breeds section (after Afghan and before Basenji), in the history section (Japan World War II), or on the history/geography shelf (Japanese snow country).

Sherrill has written Dog Man with a journalist’s attention to facts and details, but a novelist’s ear. She combines the many disparate aspects of the book (which could easily have become a plodding and convoluted mess in the wrong hands) into a stay-up-all-night page turner that is also simply a lovely read. In addition she has left herself entirely out of the story, which I find enormously refreshing given the recent trend of nonfiction authors who seem to find it impossible to write about anything without putting themselves at the center of it.

Dog Man is a rare and special book that is sure to be loved by many.

EXCERPT:
There was something incredibly encouraging about him, almost inspiring. “Unless you have the chance to live with a great dog,” Morie says, “you might never know what makes them so different. And how to recognize their special qualities.”

…What you could see with your eyes or feel with your hands—those things were easy. But the inner qualities of a great dog were much more difficult to quantify. Some of the old Akita books contained eloquent discussions about the personality or ‘nature’ that one should seek in a dog. The traits of ‘elegant simplicity’ and ‘composure’ were thought to be important in an Akita, as well as grace, dignity, strength, heroism, vigor and agreeable temperament.

Yet, Three Good Lucks seemed to have every single desirable inner quality—and to Morie this was the most wondrous and improbable thing. He was agile and moved with grace. He was stoic, and rarely whined or complained. He seldom barked, never cowered. And when the children cried, he sat beside them. When he was let off-leash in the mountains, the dog bounded away with enthusiasm but never wandered too far. The minute he was called for, he returned—happily.

This review first appeared in July of 2008
By Cindy Blackett