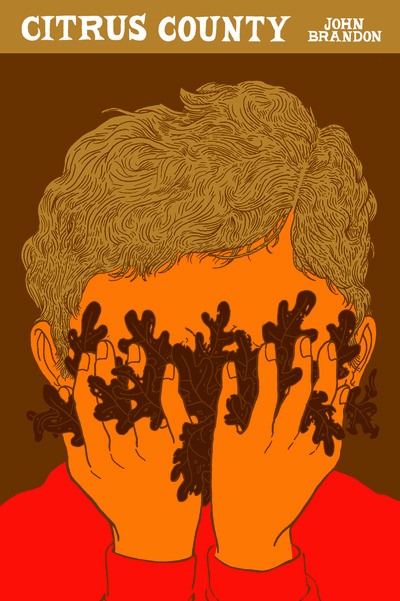 Reviewed by Donna
I happened to read this book immediately following The Vanishing of Katharina Linden, although they were published two years apart. They are interestingly similar: both are psychological suspense, both are told from the point of view of middle schoolers, and both are creepy as hell in similar ways.

Mr. Hibma is a geography teacher who doesn’t “teach the subject of geography.” He lectures about whatever randomly strikes his fancy, and leaves “the memorizing of topographical terms and state capitals to the kids. They had books. They had exercise manuals. If they were smart and curious they’d end up knowing a lot, and if they were dumb they wouldn’t.”  I really loved this teacher and empathized with his severe case of cynicism over the state of public education these days.

The writing in this book is excellent. The pacing, too, is perfect: only gradually do we realize that the middle-school boy is not mentally healthy; he is quite depraved. Mr. Hibma, too, is equally (or more so?) depraved, but for a long time we are unclear about how seriously to take him. His fantasies of murder are made clear in the opening pages of the book (see the excerpt, below), but the reader doesn’t know if this is the sort of harmless fantasy we all have at one time or another, or if Mr. Hibma is actually serious.

The reason for three stars instead of four or five is the ending: a neat and tidy Hollywood ending that doesn’t ring true to who these characters actually are.

One last thing. I hated the trim size of this book. It’s oversized and weird. Why couldn’t it be normal book size?

Reviewed by Cindy
The point of view taken by the previous reviewer is tragically, catastrophically narrow. I have been compelled to write a second review in order that potential Citrus County readers are not driven away by Donna’s characterization of the novel as a well-written, but essentially one-dimensional murder mystery with a “Hollywood ending.”

Your review, Donna,  seems to focus almost exclusively on Mr. Hibma (which I can understand since you empathize so deeply with the horror that is teaching), leaving out Shelby and Toby who, in my mind, were equally compelling. Shelby is that rare child character who succeeds at sounding wise beyond her years without making me question her believability or become annoyed at a too-clever, grating precociousness. And Toby is completely unlike any other disaffected teenage boy I have come across in fiction, in part because he doesn’t seem to be making a grand statement about disaffected youth and the tragedy of a wasted life. He’s simply living each day, without self-pity or self-awareness, just doing whatever seems to be the next thing that occurs to him. Your emphasis on his “depravity,” as well as Mr. Hibma’s, confuses me. They both struck me as characters who are lost, bored, and wandering through their days, hoping that their next idea will make them feel alive—rather than characters whose primary motivation arises from an inherently degenerate, creepy, serial-killer sort of personality as your review suggests.

Which leads me to my next disagreement with you—the ending. It was simply perfect.  I don’t believe Brandon neatly wrapped up everything at all. Mr. Hibma’s decision at the end of the book was not contrary to his character, but instead exactly like him.  He has come up with yet another impulsive plan to give his life meaning, and surely readers can see that the outcome will be as disastrous as all of his other plans. There is no happy Hollywood ending for Toby either, or for Shelby and her family. It’s all a gigantic disaster and the decisions made in the last chapter are not going to last any longer or turn out any better than the “solutions” that got them into trouble in the first place.

Citrus County is not a book I would recommend to all readers (the way I have with, say, The Snow Child, which is both a great book and one likely to be loved by everyone I know) partly because the disturbing nature of the plot will put some people off, but also because so much that makes this novel special is in what Brandon has not said. This leads the reader into a completely unexpected place—in a way that is either confusing, or, if taken too literally, makes the reader focus on the most superficial level of the story, thus believing it to be a simple murder mystery.

But for some readers this unexpectedness will be experienced as a revelation—a white hot laser beam piercing the derivative, tiresome stacks of books that are choking all that is good out of our bookstores and libraries. Brandon’s writing has survived his education, the influence of pop culture, and the need to do the safe thing, and as a result he has created characters and a voice that are completely new to me. This may seem like a thing that happens every day, but in fact is actually quite rare (the last book that had this effect on me was the obscure but captivating  Firmin).

Brandon has rekindled my faith  in writers, in publishers (Thank you McSweeny’s!), and in the continued survival (somehow, and against all reasoning—in our homogenous Wal-Mart world) of original thought and the true creative mind.

Note:
I do agree though, Donna, with your objection to the cover. Not only is the odd trim-size unnecessary, but the cover art itself does not add in any way to the book inside. Nor do I appreciate the image as something that might stand on its own as a piece of art. The colors are muddy and the image fails to speak to me. It’s very nearly as bad as most self-published covers. Maybe Brandon was doing a favor for an artist friend, in which case I am happy for the artist to have such a good friend—but it must be said that the cover is not helping the book to attract the broad range of readers it deserves.

EXCERPT
Citrus County was a couple hours north of St Petersburg, on what people called the Nature Coast, which Mr. Hibma had gathered was a title of default; there was nature because there were no beaches and no amusement parks and no hotels and no money. There were rednecks and manatees and sinkholes. There were insects, not gentle crickets but creatures with stingers and pincers and scorn in their hearts. There was the smell of vegetation, every plant blooming outrageously or rotting by the minute. There was a swampy lake and a complex of aging villas surrounding that lake, and one of these villas was now Mr. Hibma’s home.

Teaching had been the only job available to him, and for a while it was amusing, another lark, but now he’d been doing it a year and a half. It was February. It was Thursday. It was fourth period. Mr. Hibma was sick of skinny, smelly, hormone-dazed kids staring at him and lying to him and asking him questions. He was sick of their clothes, their faces. And the teachers were worse. Mr. Hibma did his best to keep to himself—ate in his classroom, avoided heading clubs or committees, kept all his discipline in-house instead of dealing with the office, and kept away from “7th hour,” which was what the younger teachers called meeting at a Mexican restaurant Friday afternoon and getting drunk.

The teacher in the next room, Mrs. Conner, was not young and had likely never been drunk. She was about fifty, a grammar Nazi with bronze-colored hair who wore sandals that were too small and caused her toes to spill out onto the floor. She was an English teacher who refused to assign any literature that was morally corrupt. Poe was morally corrupt. “The Lottery” by Shirley Jackson was morally corrupt. Probably the Russians. Certainly the French. Mrs. Conner often informed Mr. Hibma that his shirt was wrinkled. She asked him pointed questions about his lesson plans, about all the games the kids played in his class. She and her husband, a retired cop or fireman or something, owned a ministorage place. Mrs. Conner’s classroom was decorated with posters about life not being a destination but a journey, posters of kittens hanging from ropes, posters of a ship or a whale with one word displayed across the top, like Persistence. Mr. Hibma often fantasized about murdering this woman. This was her last year of teaching before she retired and lived snidely off her pension and her husband’s pension and their ministorage profits, rising at dawn to greet her open days, getting more heavily involved in her church. The idea of letting her smirk through the last day of her twenty-fifth year as a teacher, loping around in her undersized sandals feeling as if everything she’d ever done was right, of letting her go home and sit on her porch on that warm June evening with her tea, and then, just as she dozed off, sneaking up behind her and….  The idea sustained Mr. Hibma.