The Gustine Awards were named in honor of the main character in one of our favorite books—The Dress Lodger, by Sheri Holman. Awards have been given out yearly since 2002 in three categories: fiction, nonfiction, and memoir. 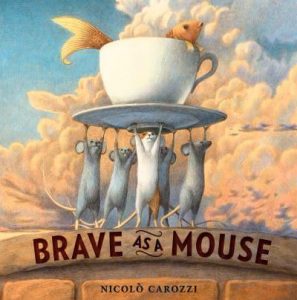 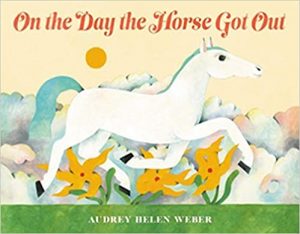 The Swallowed Man, By Edward Carey
American Baby, by Gabrielle Glaser
Caste, by Isabel Wilkerson
A Swim in a Pond in the Rain, by George Saunders
The Plot, by Jean Hanff Korelitz
Stampede, by Brian Castner
This is Your Mind on Plants, by Michael Pollan
Cloud Cuckoo Land, by Anthony Doerr

The Purloining of Prince Oleomargarine, by Mark Twain, Philip Stead, and Erin Stead
The Beatryce Prophecy, by Kate DiCamillo

Brave As a Mouse, by Nicolo Carozzi
On the Day the Horse Got Out, by Audrey Helen Weber
The Rock From the Sky, by Jon Klassen 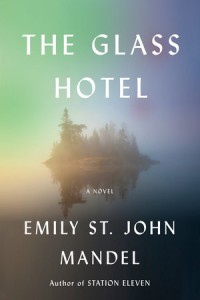 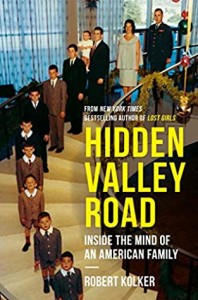 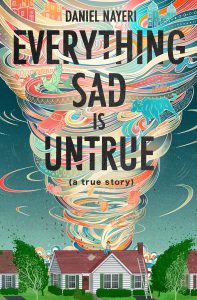 Memoir: Everything Sad is Untrue, by Daniel Nayeri

We here at the Gustines recognize that the 2020 shortlist is terribly short, but we are sure you understand that 2020 was a rather tumultuous year, and we spent more of our time reading The New York Times. We hope to see a robust short list in 2021.

Honorary Award for Outstanding Graphic Adaptation of a Fictional Work
The Handmaid’s Tale, by Margaret Atwood, art and adaption by Renee Nault 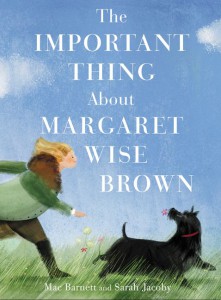 Ponti, by Sharlene Teo
The Overstory, by Richard Powers
A Brief History of Everyone Who Ever Lived, by Adam Rutherford
How to Change Your Mind, by Michael Pollan
The Need, by Helen Phillips
Know My Name, by Chanel Miller

Fiction: A Gentleman in Moscow, by Amor Towles

Nonfiction: The Indifferent Stars Above, by Daniel Brown

History of Wolves, by Emily Fridlund
Everything is Teeth, by Evie Wyld
Word by Word, by Kory Stamper
How to Get Filthy Rich in Rising Asia, by Mohsin Hamid
Patient H.M., by Luke Dittrich
All the Light We Cannot See, by Anthony Doerr
New Boy, by Tracy Chevalier
How to Behave in a Crowd, by Camille Bordas
Twenty-Six Seconds, by Alexandra Zapruder
The Other Side of the World, by Stephanie Bishop

Fiction: The Nix, by Nathan Hill

When Breath Becomes Air, by Paul Kalanithi
Barkskins, by Annie Proulx
The First Fifteen Lives of Harry August, by Claire North
Slaves in the Family, by Edward Ball
Book of Ages, by Jill Lepore
The Attention Merchants, by Tim Wu
Strangers in Their Own Land, by Arlie Russell Hochschild

Memoir: Hyperbole and a Half, by Allie Brosh

Neverwhere, by Neil Gaiman
A House in the Sky, by Amanda Lindhout
Astoria, by Peter Stark
The Goldfinch, by Donna Tartt
How the World Was, by Emmanuel Guibert

The Immortal Life of Henrietta Lacks, by Rebecca Skloot
What Remains, by Carole Radziwill
The Golem and the Jinni, by Helene Wecker
The Orchard, by Theresa Weir
This Is the Story of a Happy Marriage, by Ann Patchet
A Lucky Child, by Thomas Buergenthal

Nonfiction: The Murder of the Century, by Paul Collins

Memoir: After the Falls, by Catherine Gildiner

Rumors of Peace, by Ella Leffland
The Orphan Master’s Son, by Adam Johnson
Once Upon a River, by Bonnie Jo Campbell
Trespass, by Rose Tremain
Hullabaloo in the Guava Orchard, by Kiran Desai
Too Close to the Falls, by Catherine Gildiner
Mortality, by Christopher Hitchens

Fiction: The Hottest Dishes of the Tartar Cuisine, by Alina Bronsky

Memoir:  Epileptic, by David B.

Fiction: Under This Unbroken Sky, by Shandi Mitchell

Memoir: A Mountain of Crumbs, by Elena Gorokhova

The God of Animals, by Aryn Kyle
Broken Glass Park, by Alina Bronsky
The Lampshade, by Mark Jacobson
1491, by Charles C. Mann
The Lost City of Z, by David Grann
All Souls, by Michael MacDonald
The House at Sugar Beach, by Helene Cooper

Pharmakon, by Dirk Wittenborn
Bone China, by Roma Tearne
Fruitless Fall, by Rowan Jacobson
The Tender Bar, by J.R. Moehringer
When Skateboards Will Be Free, by Said Sayrafiezadeh
Strength in What Remains, by Tracy Kidder

Fiction: (A tie) The Book of Lost Things, by John Connolly
Stardust, by Neil Gaiman

Nonfiction: Dog Man: An Uncommon Life on a Faraway Mountain, by Martha Sherrill

Memoir: A Wolf at the Table, by Augusten Burroughs

City of Thieves, by David Benioff
What Was She Thinking?: Notes on a Scandal, by Zoe Heller
Nine Parts of Desire, by Geraldine Brooks
In Defense of Food, by Michael Pollan Merle’s Door, by Ted Kerasote
Merle’s Door, by Ted Kerasote
House of Happy Endings, by Leslie Garis House Rules, by Rachel Sontag
House Rules, by Rachel Sontag

The Miraculous Journey of Edward Tulane, by Kate DiCamillo
The People’s Act of Love, by James Meek
Strange Piece of Paradise, by Terri Jentz
The Spirit Catches You and You Fall Down, by Anne Fadiman
Finding Manana, by Mirta Ojito
The Invisible Wall, by Harry Bernstein

Memoir: When All the World Was Young, by Barbara Holland

The Shadow of the Wind, by Carlos Ruiz Zafon
The Darkest Child, by Delores Phillips
Listening to Whales, by Alexandra Morton
This Boy’s Life, by Tobias Wolff
Leaving Mother Lake, by Yang Erche Namu

Fiction: The Ninth Life of Louis Drax, by Liz Jensen

The Way the Crow Flies, by Anne-Marie MacDonald
As Hot As It Was You Ought to Thank Me, by Nanci Kincaid
Beauty, by Robin McKinley
The Great Mortality, by John Kelly
Running With Scissors, by Augusten Burroughs
The Glass Castle, by Jeanette Walls
Autobiography of a Face, by Lucy Grealy

Fiction: The True Story of Hansel and Gretel, by Louise Murphy

Nonfiction: Under the Banner of Heaven, by Jon Krakauer

The Crimson Petal and the White, by Michel Faber
The Curious Incident of the Dog in the Night-time, by Mark Haddon
The Children’s Blizzard, by David Laskin
Turning Stones, Marc Parent
The Only Girl in the Car, by Kathy Dobie
Wasted, by Marya Hornbacher